The state conference was held in North Portland near Jantzen Beach. Three of the students participated in competitive events, and the rest attended leadership workshops and general sessions.

In the competitions, PHS students brought home these awards:

The gold medalist qualified for nationals and will be competing in San Diego this summer.

Instructor Smith said this was the first time she took students to the conference as an advisor. “I felt blessed as their advisor. All the students were mature and responsible while still having a good time, and they were very grateful for the experience.” Smith said the Pendleton students traveled with other FCCLA students from La Grande, got to meet students from other chapters throughout the state, and were able to experience the city around them by visiting new stores and restaurants in the surrounding area.

Smith said her students have started asking about the opportunity to go to the national conference in San Diego this summer, and although she doesn’t have confirmed numbers yet, she is hoping to take four to eight students. 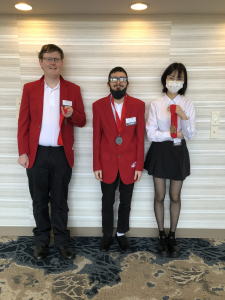