The two first lines of the FFA Motto encompass all that the Blue Mountain District Ag Mechanics contest is about — learning to do; and doing to learn. That learning and doing led the Pendleton FFA to success at this year’s Ag Mechanics Career Development Event, hosted by the Blue Mountain Community College (BMCC) Ag Department on April 14. Both the Advanced and Beginning teams from Pendleton High School demonstrated their abilities in events ranging from Shielded Metal Arc Welding to Electrical Wiring. Both teams brought home blue banners for winning first place.

Both teams had students place in every event on the way to their district championships. The Advanced team was led by wins from Crae Campbell in both Plasma Cutting and Surveying, as well as a finish as the Master Mechanic after coupling his score on the written Ag Mechanics test with his other scores. James Savage won the MIG welding; Drew McAnally won the Oxyfuel Cutting contest; Kinley McAnally won the Oxyfuel Welding competition; Gage Strzelczyk won the Advanced Electrical Wiring; and Crae Campbell, Drew McAnally, and Cahill Robinson were the champion Land Surveying team. Brielle Youncs and Cahill Robinson placed second in the Oxyfuel Welding and the Plasma Cutting events, respectively.

According to PHS’ FFA Advisor Marty Campbell, “These kids worked hard to develop skills both in class, after school, and during Advisory, and I’m tickled they did as well as they did. It’s just a testament to what focus and work ethic can accomplish for young people.”

Congratulations to all of these FFA students! 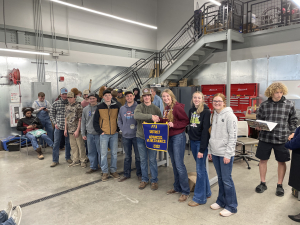 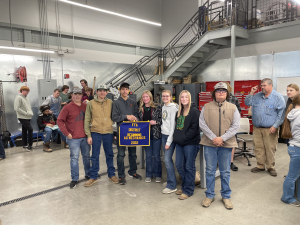